The Science behind microdosing

How do psychedelics work

How do psychedelics work

Existing habits are very difficult to change. Like riding a bike, the more you do it, the easier it becomes, the more it becomes an automated process, and the more difficult it becomes to unlearn. Ever tried unlearning to ride a bike? Nearly impossible.

From your brain's perspective, it means that certain connections between neurons have been hardened through time, making a specific action or thinking pattern an unconscious and automated process.

Psychedelic substances can make these connections more flexible and help you remould your brain and make new neural connections. By setting clear intentions, you will make sure it remoulds the way you want it to.

From a user experience perspective, psychedelic substances tend to help consumers be more present and be more aware of their current emotions and surroundings. This results in more balanced emotions, more focus, more energy.

When talking about psychedelics, the word neuroplasticity is often mentioned. It is the brain's ability to make new connections between neurons. Neurons are the basic building stones of your brain. The process of learning something new is the perfect example of seeing neuroplasticity at work. The first time we try something, our brain needs to find the neurons it will connect to automate that new process. As we have more than 80 billion neurons, this can take a while. But when you try hard enough, it suddenly works. And by doing it over and over again, the process becomes faster.

You could compare it to paving a new road in a forest. Most of the work has to been done the first time. Sometimes you even need to go back because there is a river you can't cross. In the end you arrive at your final destination. Each time somebody follows that same road after you, the ground will become harder, the passage will become wider and the traveller will go faster. Watch this youtube video for a more visual explanation.

Psychedelic substances have been around for millions of years and have been used in most of the ancient cultures around the globe. The greeks, the indians, the maya's, the aztecs and many more. According to the "Stoned Ape Theory", psychedelics have made us so smart that humans became the dominant species on this planet. Although this has not been proven scientifically, some academics are suggesting this might be possible.

The first downfall of psychedelics can be related to the middle ages. Druids and shamans who had been giving the knowledge and power of these substances by their ancestors, where seen as a threat to religion and have therefor been outcast, prosecuted and executed by religion organisations such as the Inquisition.

In 1938, Albert Hoffman produced LSD for the first time in his lab in Basel. Although it took some years before the effect on humans was experienced, this event has marked the first revival of the psychedelic research in universities worldwide. Very promising results were realised in treating alcoholism, PTSD and depression. As this substance was new to the western world, it was legal and soon discovered by the hippies.

As Nixon felt threatened by the hippie culture and because LSD was associated with them, he decided to make a long list of drugs illegal, LSD being one of them. One year later, under high pressure of the United States, the United Nations drafted the "Convention on Psychotropic Substances" making LSD and all other psychedelic substances illegal in most of world and putting a halt on all scientific studies for about 30 years.

Luckily today, we are in the so-called "Psychedelic Renaissance". Gradually, scientific research has gaining more attentions since 1999 and has exploded the last couple of years. The path to mainstream use has just started.

There are four main psychedelic substances. LSD, Mescaline, DMT and Psilocybin. LSD is a synthetic substance that was first produced by Albert Hoffman in 1938 in his Sandoz lab. The other three are natural and found in plants and animals. Mescaline will typically grow inside cacti such as Peyote and San Pedro, DMT is the active substance used in Ayahuasca ceremonies, and psilocybin and it's derivative psilocin are found in mushrooms. You could argue that the four main psychedelic substances work in a very similar way on your brain. They act as an antagonist on the the 5-HT-2A serotonin receptors. Because MDMA and Ketamine work in a very different way on your brain, most scientists do not regard them as typical psychedelics.

We have spent many weeks reading scientific papers about psychedelics and microdosing. This is our selection.

Only _ places left for the next program

The next program starts ... 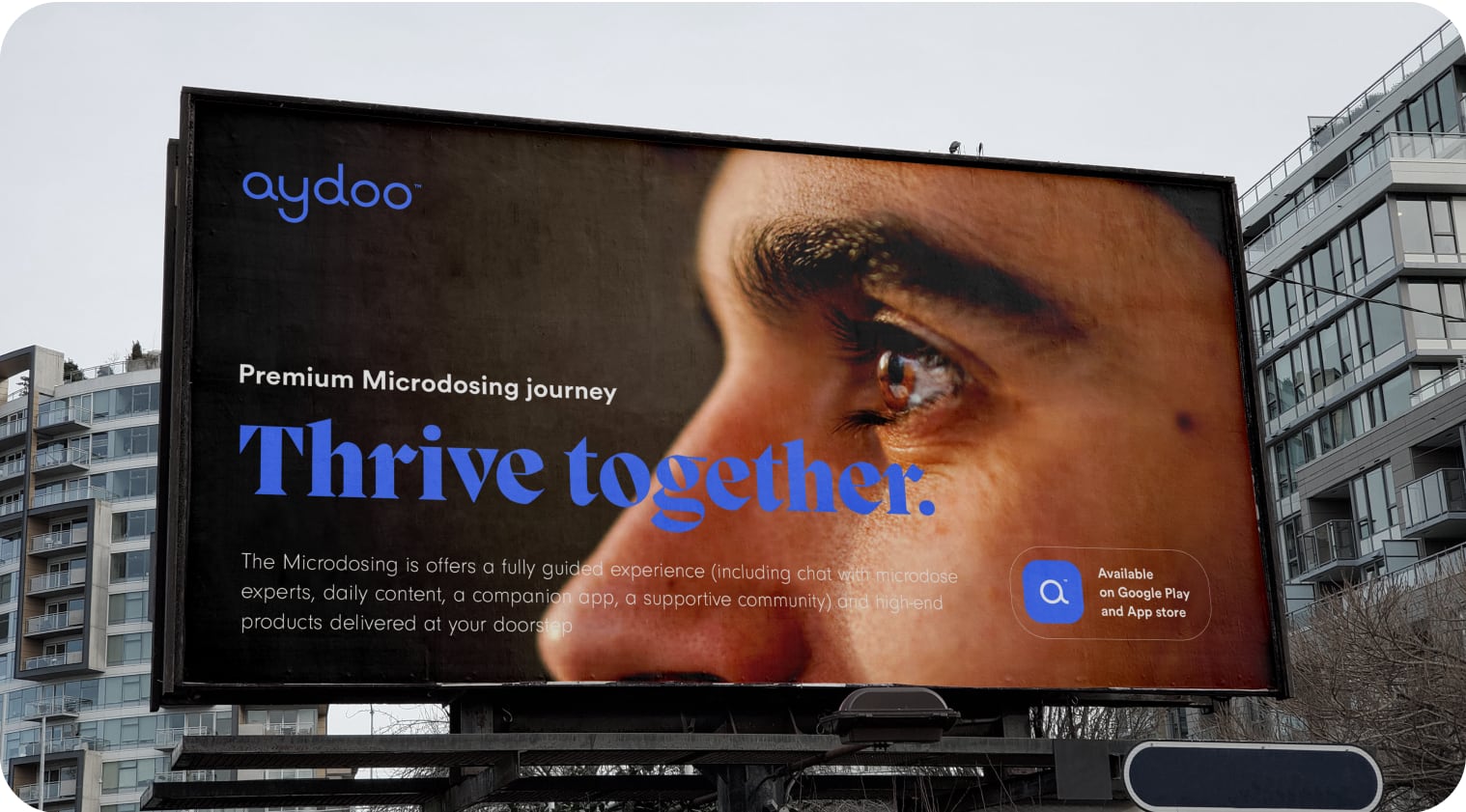